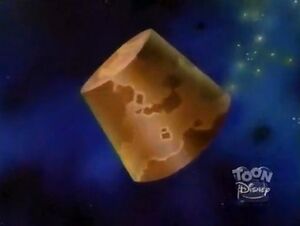 Fez is a literal planet of hats in that its population consists of creatures that look and function like hats. This means the population is always looking for host bodies to take control of, but aware it is unethical and impractical to force other species into mind-controlled states, they have developed artificial bodies to serve the same purpose. Fez used to be ruled, either partially or fully, by Flarg until he was removed from power by the Girdist Revolutionaries led by Klaatu II. Those still loyal to Flarg have adopted the name Brainteasers and seek to restore his title as Grand High Potentate of a thousand planets in the Delphonic Nebula. 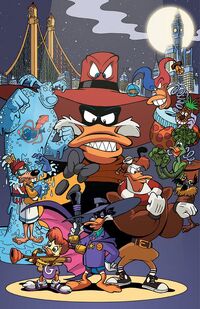 Retrieved from "https://darkwingduck.fandom.com/wiki/Fez?oldid=19273"
Community content is available under CC-BY-SA unless otherwise noted.